This branch focuses on interactive algorithms and applications for Computer Graphics, mainly for real-time rendering, where rendering is intended in a broad sense (photorealistic, of massive data, for presentation purpose), both for desktop and for mobile devices. 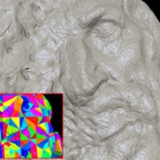 This is a classic research theme of the VCLab with several state of the art advancements over the last 10 years. Moving the granularity of multiresolution approaches from triangle-based to patch-based, we delivered solutions that fully exploited the new generation of graphics hardware.

Our first solution in this sense, dated back to 2003, is BDAM: Batched Dynamic Adaptive Meshes , (Best Paper Award at Eurographics 2003 - second place) a terrain rendering engine, followed by P-BDAM.

Then we moved to the more general case of 3D meshes, and implemented the 3D version of BDAM, better known as Adaptive Tetrapuzzle. Finally, we proposed a solution that generalizes all these approaches in a single and elegant framework that we internally call Nexus but which has been published as Batched Multi Triangulation

This line of research also produced a solution for dynamic 3D meshes, hence an engine for interactive multiresolution rendering of massive 4D meshes 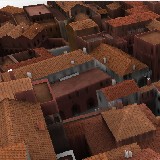 Rendering urban environment shares very little with redering terrain of statues, becasue instead of having densely tessellated surface we have simply low-polygon-count object with much color detail. Also, instead of having a single smooth surface with have thousand of object with plenty of sharp features (the buliding). In a word, all the solutions for terrain and dense meshes simply don't work for cities. In 2007 we presented the BlockMaps (then improved ), a GPU friendly multiresolution approach based on the idea or representing a small portion of a city in a small texture with an ad hoc height field-like data structure and using ray tracing in the GPU.

QuteMol is very powerful tool for visualizing large molecules and it has been a breakthrough from exitent solutions. It combined a smart use of impostor techniques harnessing GPU programmability and use of clue to make complex molecule intellegible. Please visit the project page. 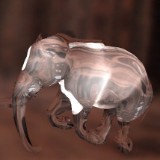 Quite recently we did some work on interactive rendering of global illumination effects, proposing a parallel GPU-based approach 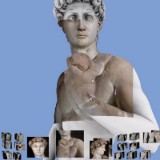 PhotoCloud is a system for browsing calibrated images. It combines a user-friendly interface projective texturing for and novel visualization paradigm. We also proposed a novel solution for browsing large collection of images with proximity criteria presented in this paper 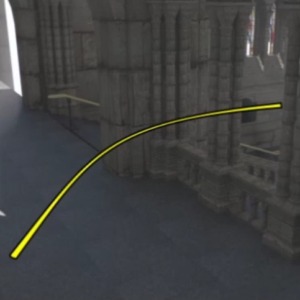 This is a system that allows the user to create a presentation video of a static 3D scene by taking, as input, a generic video as the example of what the output should look like. The method relies on the intuition that two videos are perceived as similar when their optical flow is similar, and thus recast the problem as finding a camera movement in the 3D scene that produce an optical flow similar to the one of the input video. 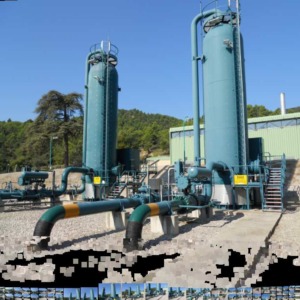 3DNsite is a system for fast acquisition and geo-referenced exploration of outdoor 3D scenery. The system was jointly developed by the Visual Computing Laboratory and the Visual Computing Group at CRS4 in the framework of the european project INDIGO. The project aimed at an innovative system for testing emergency procedures in crisis situations, and part of the innovation consisted in using novel technologies for transmitting, both from and to the operational field, images, videos and 3D. The acquisition is carried out with SfM methods and the exploration is done by a follow-up version of Photocloud.

4DNside is a system for rapid acquisition and browsing of indoor environment. The acquisition is done by using an IMU equipped tablet shooting 360 panorama or, optionally, using 360° camera and then analyzing the image to determine floor, ceil and walls. The viewer runs on a normal web page and uses the same principle of constrained navigation as in the eXploreMaps

3DHOP - Heritage data on the web

3DHOP (3D Heritage Online Presenter) is an advanced solution for easy publishing 3D models on the web. It has been expressly designed to facilitate the accessing, spreading, and sharing of high-resolution/high-fidelity 3D models of real artifacts, presenting them directly inside HTML pages. 3DHOP allows a performant and intuitive web exploration of very large high-resolution 3D models, mixing a powerful multiresolution streaming and rendering engine with a user-friendly interface. 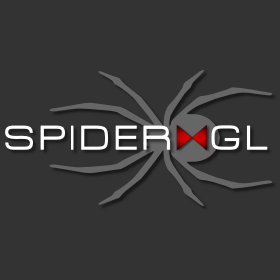 SpiderGl is a widely used JavaScript library for writing CG applications with JavaScript + WebGL. The choices made in developing this library are explained in OpenGL Insights ,while this paper is referring to the first version of the library.

MeshPad and Meshlab for Android is a viewer of 3D meshes for iOS and for Android, respectively. They can load a variety of file format and provide a smooth visualization. We are also tackling the problem of showing large meshes on mobile devices. We developed a system for rendering large dense meshes, awarded as the Best Paper of Web3D 2012

There are several things that do not belong to any of the groups above. Thesis projects or field of research not active at the present. For example we developed a system prototype for assisting the mobility of visually impaired people by using a MS Kinect and a netbook; we worked on the field of Deformable Objects, present solution to the problem of simulating cut on solid objects: the Splitting Cubes .

On the education side, we thaugh courses of Interactive Computer Graphics in several University, proposing a teaching in context approach describe in this paper and which is used in a the textbook Introduction to Computer Graphics: A Teaching in Context Approach (out in 2013).